In 2021, the National Credit Union Foundation launched the Know Your Membership grant program: an opportunity for seven small credit unions to better identify, understand and serve their diverse membership. 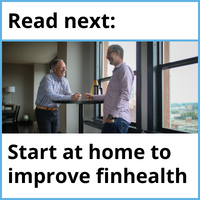 An earlier conversation with grant recipients highlighted how a data analysis practice run uncovered eye-opening insights around employee financial wellbeing—findings that were consistent with trends at credit unions around the country.

Now, as the grant nears its conclusion, participants shared how program data and insights had highlighted another, longer-term financial services trend: overlooking the underserved.

For a cooperative movement founded to serve the underserved, uncovering data that points to consistently missed opportunities can be a tough pill to swallow—but as the grant participants have proven, it can also affect positive change. 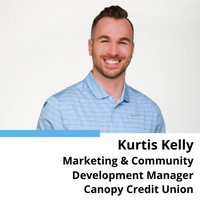 “It’s like credit unions are driving forward and going past neighborhoods we don’t even know are there,” said Kurtis Kelly, marketing and community development manager at Washington State’s Canopy Credit Union. “It’s not until we look in the rear-view mirror that we see what—or who—we’ve missed.”

Like many of the grant participants, Kelly and Canopy Credit Union were already actively working to increase and improve their outreach and saw the grant as an opportunity to catalyze further change.

“We didn’t know what opportunities we were missing until we had the data,” Kelly added. “That really has been the value. The grant helped remove some of our blinders. It’s been a great steppingstone for us to start a conversation with our employees, our members and our broader community to learn how to authentically serve their needs.”

An exercise in becoming irrelevant

There are swathes of data that show the American population becoming increasingly multicultural but recognizing that without intentional outreach and understanding, this increasingly diverse nation could leave credit unions behind is critical. 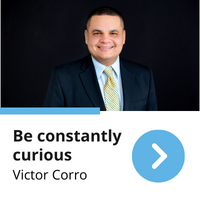 “There’s diversity in the big cities, but there’s also diversity in the suburbs and the cornfields,” said Victor Corro, CEO of Coopera Consulting, one of the grant partners. “Credit unions need to know diversity is a trend that’s not going to stop. Clinging to the notion that America is one homogeneous society is an exercise in becoming irrelevant.”

Corro also stressed that unless members see themselves in credit union decision makers and frontline staff, they won’t view credit unions as being relatable and able to help them.

“That sense of connection is critical,” said Corro. “The average credit union member is 50-plus years old and past their prime borrowing years, while the population of color tends to be much younger. These are the members of today and tomorrow, and if they do not see credit unions as an option, they will go somewhere else. More accurately, they already are somewhere else.”

The Foundation’s grants are designed to catalyze change. To provide opportunities for credit unions to expand and enhance their work in ways they might not have been able to otherwise. Part of that is achieved through the shared experience of the participants.

A board member for Education Credit Union shared that the partnerships developed through this grant had provided knowledge, tools and confidence, adding: “It feels like we’re breaking through a ceiling we’ve never been able to get past in terms of serving underserved communities.”

“We’ve always been a credit union committed to cooperation,” said Larry Ellifritz, CEO of Consolidated Community Credit Union. “We support 30-plus other credit unions with their mortgage operations primarily; we’ve launched a multicultural lending pilot with another credit union, supported others on their ITIN lending programs. It’s in our DNA. And every success we have—every time we learn something new or can document something—we are more than happy to share that knowledge.

“That’s been one of the highlights of this grant project. The participating credit unions have had pretty different experiences, with different challenges, but the data time and again points to the same thing: there is an undeniable opportunity to better reach and serve the markets we’re not already serving.”