Disruption is now the norm, and credit unions are increasingly comfortable embracing it. So can artificial intelligence herald a new wave of unbiased lending?

For a cooperative movement committed to improving financial well-being for all, addressing the inequities faced by people of color, women, rural communities and more, is the new frontline.

Artificial intelligence (AI) and machine learning (ML) have long been positioned as a solution. One organization partnering with credit unions to effectively leverage the technology is CUFinHealthTM sponsor, Zest AI. 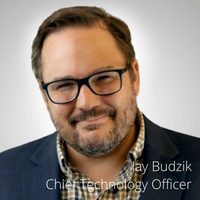 “We now know financial well-being has as much to do with how someone feels about their finances as it does what they do with their money. So for credit unions to truly support their communities, they must shrug off the limited perspectives offered by FICO scores,” said Jay Budzik, Zest AI’s chief technology officer.

“Increasingly we’re seeing credit unions use AI and ML to analyze significantly more data for loan underwriting, so they can say ‘yes’ to more members. All while reducing risk and providing greater access to previously underserved groups.”

Budzik believes as this transition takes place, credit unions are unearthing some major miscalculations in how the industry has previously assessed lending risk.

Income and risk – not so clear cut

“Historically, the correlation between income and credit risk has appeared quite straightforward,” said Budzik. “People with higher incomes are less likely to default on a loan and therefore less risky than applicants with lower incomes. After all, a member with more money is more likely to use it to pay off their loan, right?”

Not so, Zest claim. The relationship between income and risk is not as clear-cut as we once believed. Instead, income needs to be considered in relation to other variables – namely credit history.

“A person seeking a home improvement loan is probably at a different life-stage than someone looking for a used car loan. Why should they be scored the same way?” asked Budzik.

Consumers had long-trended towards more tech-savvy providers, with credit unions typically more comfortable following digital trends rather than setting them. But the pandemic changed the game.

“The last two years has seen a burst of credit union innovation,” said Budzik. “What was a trend over time became a fact overnight. Credit unions showed they can move fast to support their members by investing in digital transformation.”

With 166 million individuals considered financially unhealthy, can credit unions afford not to maintain that momentum? For Budzik, the answer’s clear.

“Bias and inequity have always been the dark side of financial services,” he said. “It’s exactly why the cooperative principles set credit unions apart: open membership, democratic control … these principles support equity. AI and ML can ensure it.”