For 40 years, the National Credit Union Foundation’s Development Education (DE) program has inspired people to live the credit union difference. In June 2022, alumni showed what that means on the seventh annual DE Day of Service.

Call it the “credit union difference” or the “people helping people philosophy”, the unwavering commitment to give back and support our communities has always set credit unions apart.

Since 1982, the Foundation’s DE program has helped credit unions, leagues, associations, and system partners convert that ideology into action. The immersive experience steeps attendees in the cooperative principles and explores credit unions’ financial and social obligations and opportunities.

“DE helped me realize the glaring opportunity to make a change,” said May ’22 graduate Robbie Young. “Now I have the resources and connections to bring it to fruition.”

One way graduates (DEs) are encouraged to put their knowledge, resources and network to use is through volunteering. Dedicating time and energy to initiatives that address one or more of the 12 development issues identified as barriers to financial well-being. On June 8, 2022, DEs from across the nation did just that during the seventh annual DE Day of Service.

“DE Day of Service keeps the focus on the credit union mission of improving lives in your community,” said Dave Hinchey, director of community impact at Credit Union League of Connecticut.

“We all have busy lives, but when you get that DE certificate, you bear the responsibility of serving your community both inside and outside of your credit union walls. It is incumbent upon all of us to create sustainable communities while spreading the credit union difference.

“It’s inspiring to know that DEs from around the globe are participating in projects that improve their community—each one of us playing a small role in something much bigger than all of us.”

From supporting veterans in Alabama to homeless healthcare in Orange County, DEs and their credit union peers had a real, meaningful impact in their communities – as they do every single day.

“The annual DE Day of Service is the embodiment of people helping people,” said Chad Helminak, Director of Programs and Impact. “Every year, DEs take what they have learned and head out with their colleagues to improve the lives of others and make an impact in their local communities. It’s great to see DEs spring into action on this day and on so many others throughout the year.”

Thank you to all who participated and showcased the power of the credit union difference! 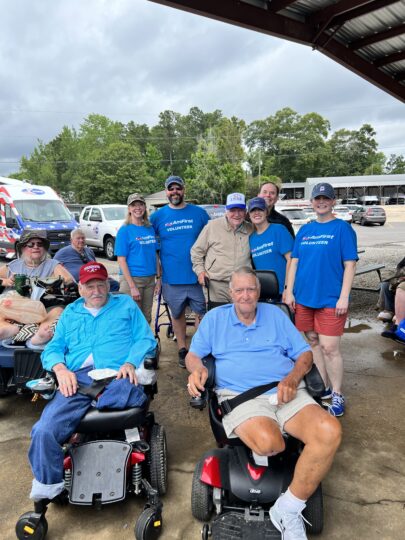 Members Credit Union processed food from a food drive for Person to Person (P2P)—a non-profit agency dedicated to providing individuals and families with essential resources to help them overcome daily challenges and put them on a path toward economic stability. Members CU staff participated along with five high school interns—two from the credit union and three from the Greenwich Alliance for Education. 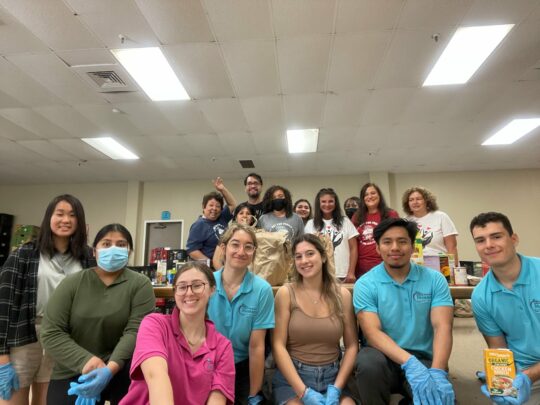 Northeast Family FCU held a ‘Trauma-Informed Care Workshop’ led by Ian Matthew Harrington and Jeff Smithson from ACCESS Community Action Agency, a credit union partner. Joining the workshop was Vanessa Kuduk, CUDE from Members Credit Union. Vanessa told her story as an immigrant who came to America and the work that Members CU does with underserved communities. ACCESS Community Action Agency works to alleviate poverty in Windham and Tolland Counties. 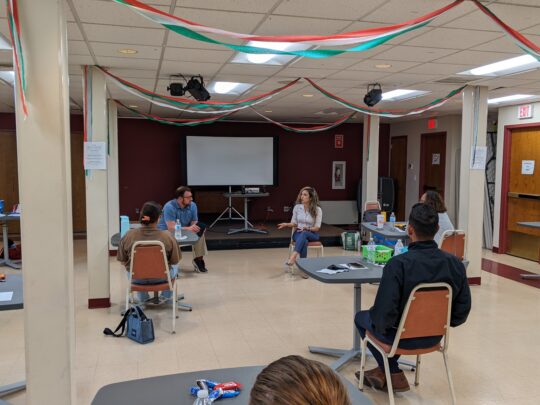 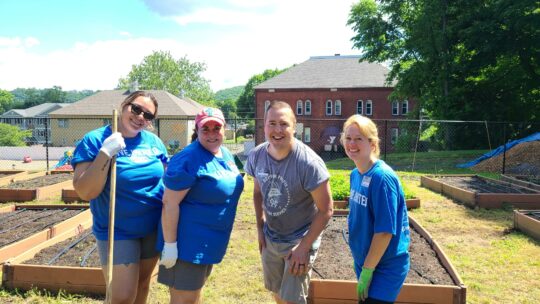 Wongel Worabo of Associated Credit Union spent the day sorting and packing books at the Books for Africa warehouse, meeting volunteers from other organizations who were volunteering there for the first time. 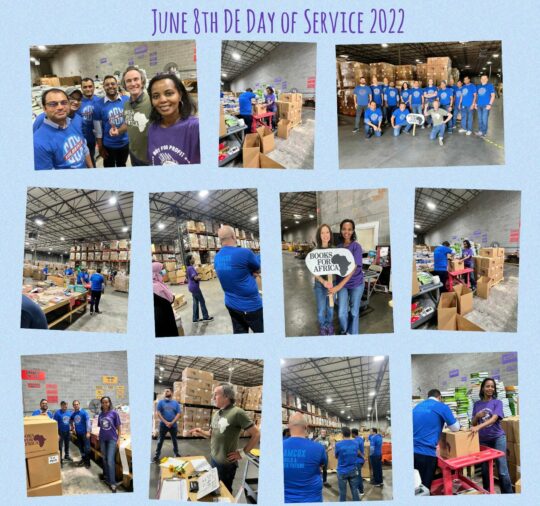 Carolina Foothills FCU supported their CEO in a Habitat for Humanity of Greenville County CEO build. DEs Scott Weaver, Christine Cooper, Terri Hendrix, and Lisa Vandys, as well as other employees, participated in the event. 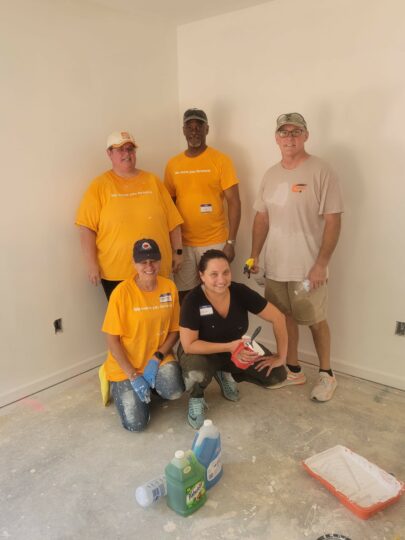 DEs from Local Government and Civic Federal Credit Unions and Local Foundation volunteered at Note in the Pocket, a Raleigh-based non-profit. Note in the Pocket was a recent Local Foundation grant recipient. This organization provides clothing to students identified as being in need by various schools and social service agencies. DEs volunteered their time by helping with quality control, sorting, sizing, organizing, and packaging clothing to help the more than 8,000 students and their families who will benefit from the donated clothing. 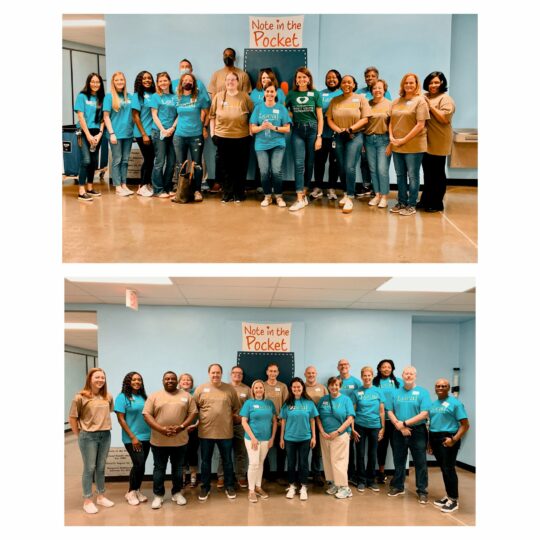 At Mountain Credit Union, DEs hosted a food drive that resulted in 1,468 pounds of food and $575 being donated to MANNA Food Bank in Asheville, the equivalent of over 3,500 meals! 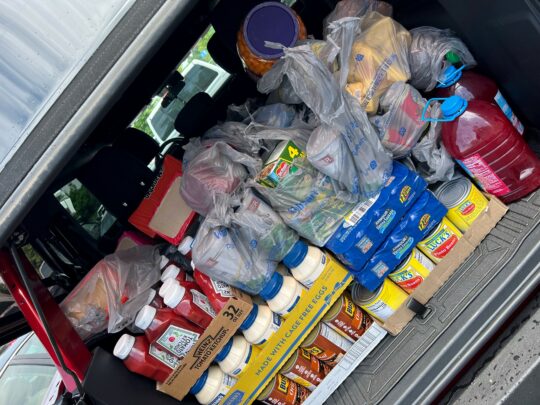 At Coastal Credit Union in Raleigh, more than 180 employees collaborated to package 55,000 meals for Rise Against Hunger. The event marked Coastal’s 55th anniversary and was coordinated by their DEs. 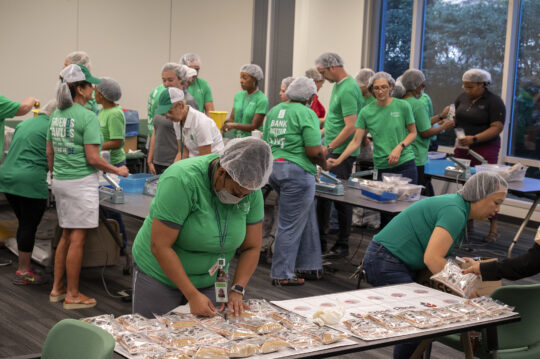 Sarah Buck from Cutting Edge FCU volunteered at Blanchet House, a non-profit in Portland whose mission is to alleviate suffering and offer hope for a better life by serving essential aid with dignity. Sarah joined them for their lunch service, which, along with breakfast and dinner, is available to anyone Monday-Saturday in need of a meal. 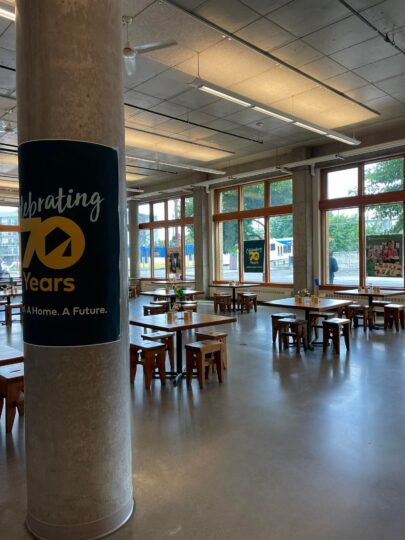 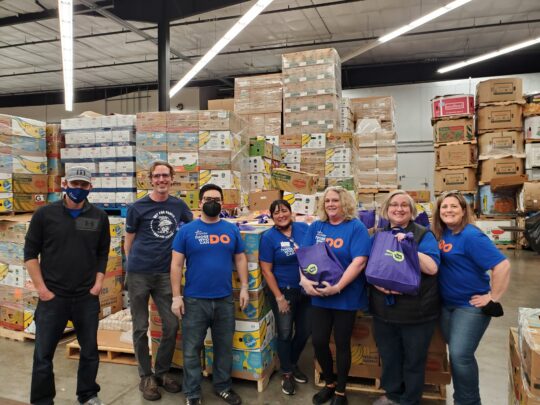 DEs from Community Regional CU and Cross Valley FCU joined forces to distribute over 250 dinners to the community at their local food bank. 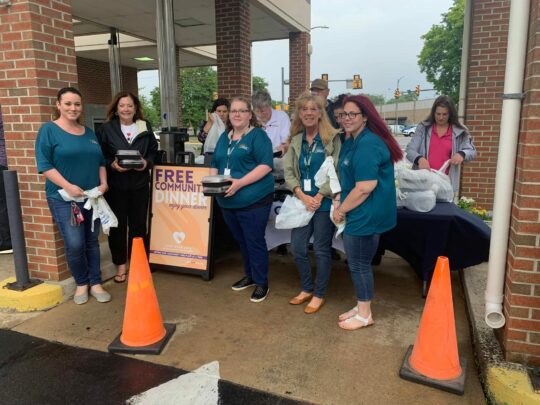 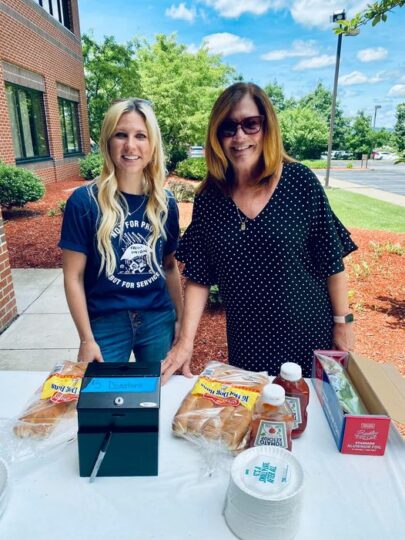 Vizo Financial hosted a project with the M.S. Hershey Foundation at the Hershey Gardens, in Hershey, Pennsylvania.  Focused on the environmental development issue, our volunteers learned about the rich history of the Hershey Gardens and assisted the non-profit Foundation in deadheading the expansive rose gardens to encourage their growth and continued blooming throughout the summer.  Local credit unions were invited to participate with Vizo Financial, and we had five additional volunteers from Hershey Federal Credit Union join in the project.  The Vizo Financial DE project team included Janice Appleby, Erin Doan, Anita Fonner, Lori Gall, Jeanne Heath, Erica Johnson, Melanie Lambie, Brent Shaffer and Staci Wright. 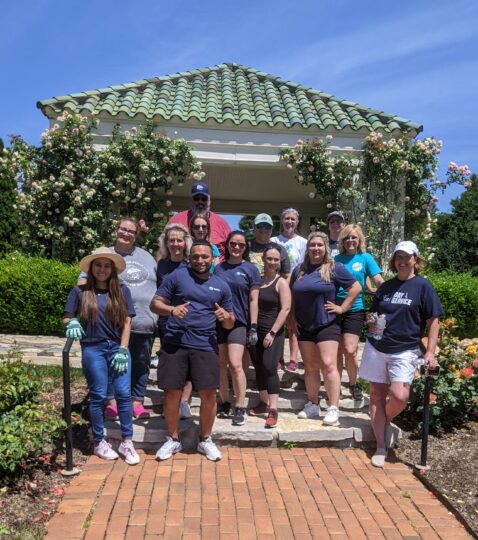 Casa Mariposa provides temporary housing for migrant children until they are reunited with a parent or close family member. During their stay at Casa Mariposa, children attend school at the facility and enjoy indoor and outdoor recreational activities. 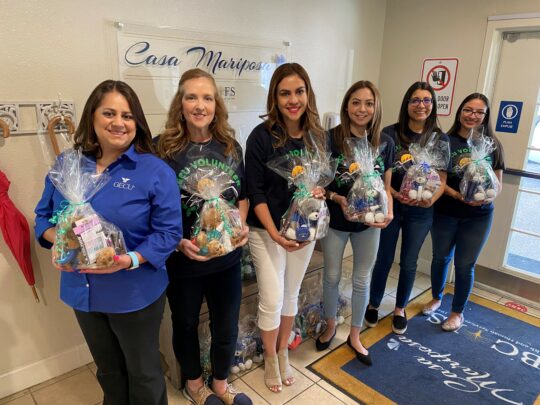 The Chartway Credit Union DE Team had an action-packed day creating activity bags for children staying at their local children’s hospital. Together, they packed over 100 activity bags to bring some joy, hope and smiles to children in the hospital. 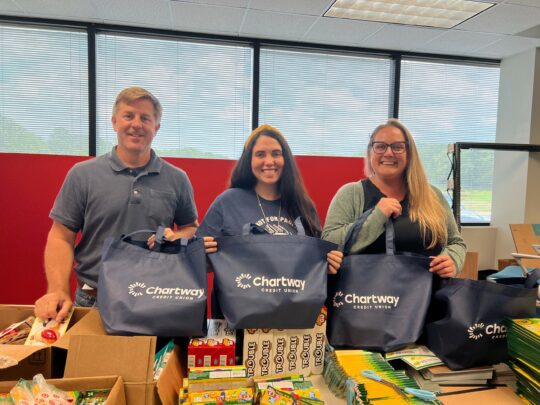 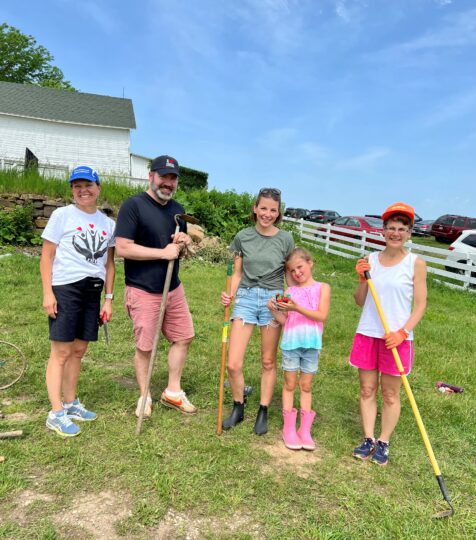